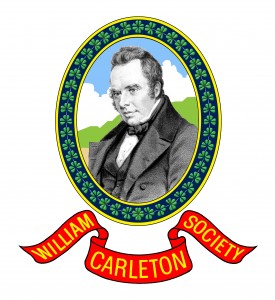 The annual William Carleton Summer School, one of Ireland’s most significant literary festivals, has since 1992 celebrated the life and writings of the novelist William Carleton, 1794-1869. The School takes place in Carleton’s own district, the Clogher Valley in Co Tyrone.

In addition to the main programme of lectures and debates, the School offers a bus tour of places that have Carleton associations, in neighbouring counties. The tour is usually led by well known Carleton scholars and historians.

The principal aims of the Summer School are:

To promote the life, times and writings of William Carleton:

Carleton moved through pre-Famine Ireland, wrote about famine in his novel The Black Prophet and saw the establishment of National Schools in English, Catholic emancipation, railways and revolutionary activity. He knew such leading Irish literary figures as Maria Edgeworth and Sir Samuel Ferguson, wrote for the Dublin University Magazine, admired Dickens and knew and revered Thackeray.

To present him as a writer of international significance:

That Carleton is much more than a purely local phenomenon and has been acclaimed by such major Irish writers as W.B. Yeats, Patrick Kavanagh, Seamus Heaney, John Montague John McGahern and Eugene McCabe. An increasing body of critical appreciation includes recent significant articles from Brian Donnelly, Declan Kiberd and Roy Foster, a major study has been produced recently by the American critic David Krause.

To publish research papers on topics relating to Carleton and to develop a Society archive, library and collection:

Carleton’s Autobiography was re-issued through the efforts of the Summer School Committee in 1996. William Carleton, The Authentic Voice; researched and written by Summer School members, edited and produced by Gordon Brand and Sam Craig was published in 2006 by Colin Smythe, Gerrard’s Cross. The 455 page volume is a work of reference for William Carleton, containing transcripts of selected lectures given at the Summer School between 1992 and 2005, contemporary portraits of Carleton, previously unpublished Carleton letters and documents, a chronology and publication history of his writings, well illustrated and containing pen drawings by Sam Craig and detailed 19th century maps of the countryside Carleton loved and wrote about.

This site uses Akismet to reduce spam. Learn how your comment data is processed.